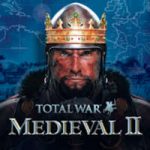 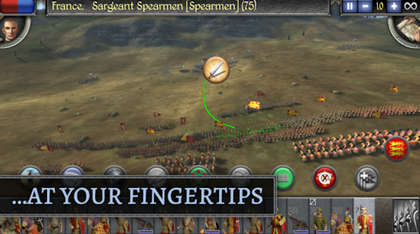 MEDIEVAL II brings Total War’s compelling mix of massive real-time battles and intricate turn-based strategy to Android. Set across three continents during the turbulent Middle Ages, spectacular conflicts and scheming rivals line the path to power as the great kingdoms of the medieval world vie for supremacy. Be it through diplomacy or conquest, trade or subterfuge, you must secure the resources and loyalty required to rule an empire from the shores of Western Europe to the sands of Arabia.

THE STRENGTH OF NATIONS

Unlock up to 17 playable factions and build them into major world powers through statecraft, subterfuge or all-out war.

THE ART OF WAR

Deploy infantry, archers and cavalry into huge real-time battles, with a full range of medieval weaponry at your command.

THE TOOLS OF STATE

Use sophisticated diplomacy, lucrative trade agreements and daring agents to forge alliances or destabilise your rivals.

THE TEST OF TIME

Shape the destinies of Europe, North Africa and the Middle East through five momentous centuries of combat, competition and conquest.

THE POWER IN YOUR HANDS

Take command, with a brand-new user interface and enhanced touch controls for fingertip control of the battlefield. Or, play with any Android-compatible mouse & keyboard.

First impression, since my game crashed at around 10 turns, will try again (Playing on OnePlus 9 Pro, not sure why 9 is listed as compatible but not the Pro). It looks great similar to the original in garphics and gameplay, UI is kinda okay, touch controls are good. I just hoped the screen size is adjustable. I love total war and for me that cannot sit and play nowadays for long sessions this is a nice portable game.