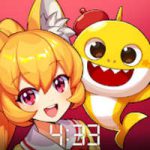 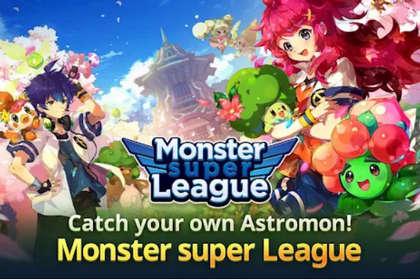 Here are some of the newest changes to Monster Super League.

Expansions to the Tower of Chaos, Golem Dungeons, and Dragon Dungeon

“Latecia is a beautiful world replete with fantastical locations such as the Star Sanctuary, Sky Falls, and Aurora Plateau.

However, over time, chaos began to grow in strength and influence.”

“And so I’m here, asking for you to come and help restore balance to our world.

Adjusting to life in a new place won’t be easy, but I’ll be here with you every step of the way!”

“Please, we need your help!”

❖ Over 600 unique Astromons are waiting to join you!

Become master to a wide variety of Astromons hidden all throughout the continent of Latecia.

Each Astromon has a story steeped in the lore of this amazing fantasy world!

Astromons can grow and evolve into even more powerful, awesome versions of themselves.

Use skill books imbued with magic, gems that further bolster your Astromons’ abilities, and trinkets enchanted with mystical power to make your Astromons the strongest out there!

Once you become the greatest master there is, no enemy will stand a chance against you!

❖ You’ll adventure all across Latecia in your very own airship!

Board your airship and get ready to set off on the adventure of a lifetime!

You never know what excitement is waiting for you just around the corner!

❖ You can join a clan to combine forces with other masters from around the world!

Titans have appeared to destroy the order of the world. Their strength and size make them impossible foes for a single master.

Join a clan of your choosing, share useful information, and drive out the titans together!

As you grow and contribute more within your clan, you will be helping to maintain the balance within Latecia.

❖ Masters compete to determine who will save the world as Latecia’s most powerful master.

Having doubts about how strong you’ve become?

Join the Astromon League and fight against other masters!

With the right party, you can even defeat opponents much stronger than you!

But watch out for your opponent’s hidden Astromon, waiting to pounce at the right moment!